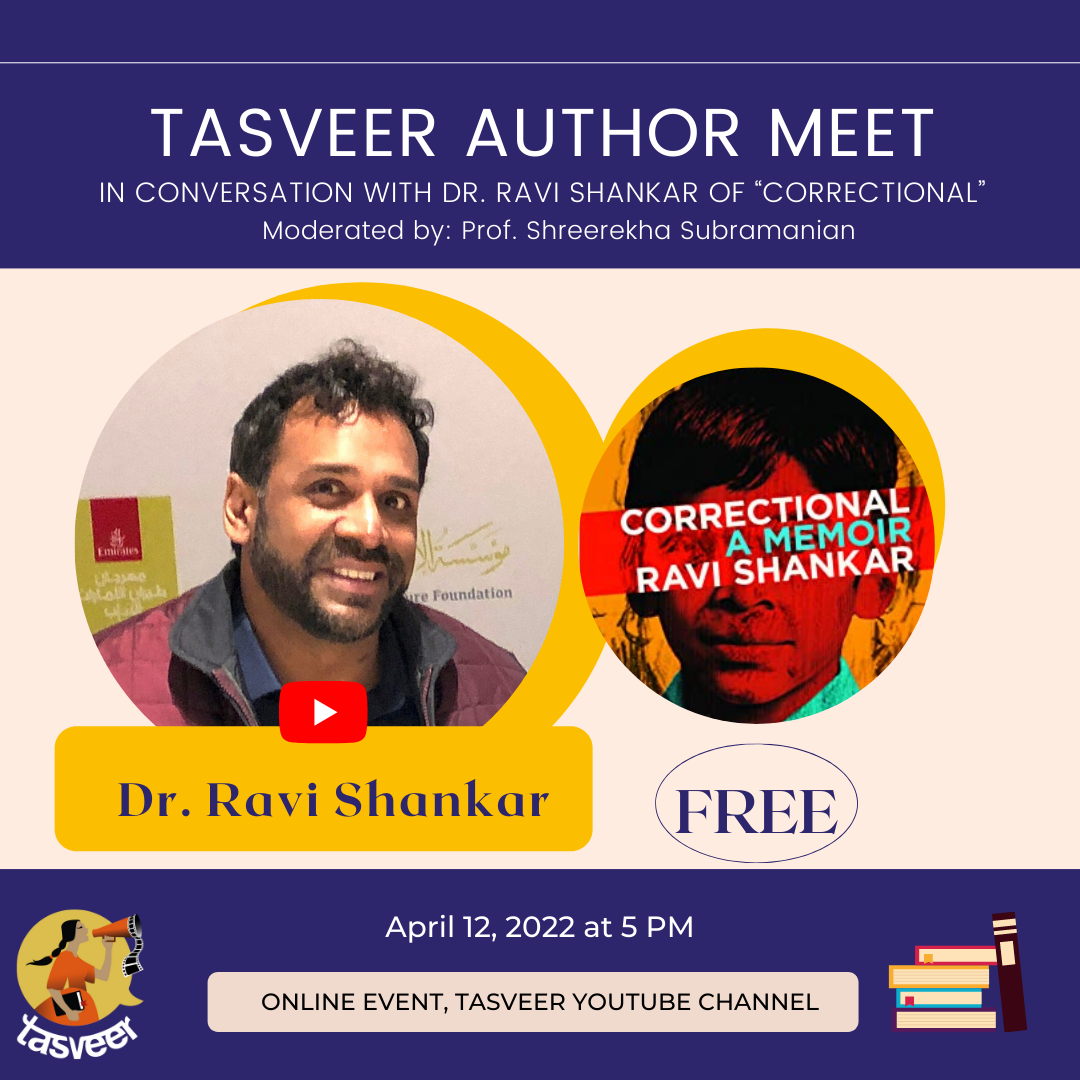 Join us for the first Tasveer Author Meet with Dr. Ravi Shankar, for a reading from his book Corrections followed by a Q&A.

The book presents his experience from being incarcerated and what it taught him about the persistence of structural racism, the limitations of mass media, and the pervasive traumas of twenty-first-century daily life. Shankar’s bold and complex self-portrait, and portrait of America, challenges us to rethink our complicity in the criminal justice system and mental health policies that perpetuate inequity and harm.

Correctional dives into the inner workings of his mind and heart, framing his unexpected encounters with law and order through the lenses of race, class, privilege, and his bicultural upbringing as the first and only son of South Indian immigrants.

Author: Dr. Ravi Shankar is a Pushcart prize-winning poet, translator and professor who has published 15 books, including the Muse India award-winning translations Andal: The Autobiography of a Goddess and The Many Uses of Mint: New and Selected Poems 1997-2017. He has won awards to the Corporation of Yaddo and the MacDowell Colony, fellowships from the Rhode Island and Connecticut Counsel on the Arts, founded one of the oldest electronic journals of the arts Drunken Boat, is Chairman of the Asia Pacific Writers & Translators (APWT) and recently finished his PhD from the University of Sydney. His memoir “Correctional” was published in 2021 with University of Wisconsin Press and he teaches creative writing at Tufts University.

Moderator: Prof. Shreerekha Subramanian is Professor of Humanities at University of Houston-Clear Lake. She was the first recipient of the Marilyn Mieszkuc Professorship in Women’s Studies established at her university (2008). Prof. Subramanian published the monograph, Women Writing Violence: The Novel and Radical Feminist Imaginaries (Sage India 2013). She works on feminist and carceral texts from South Asian, African American and diasporic traditions.