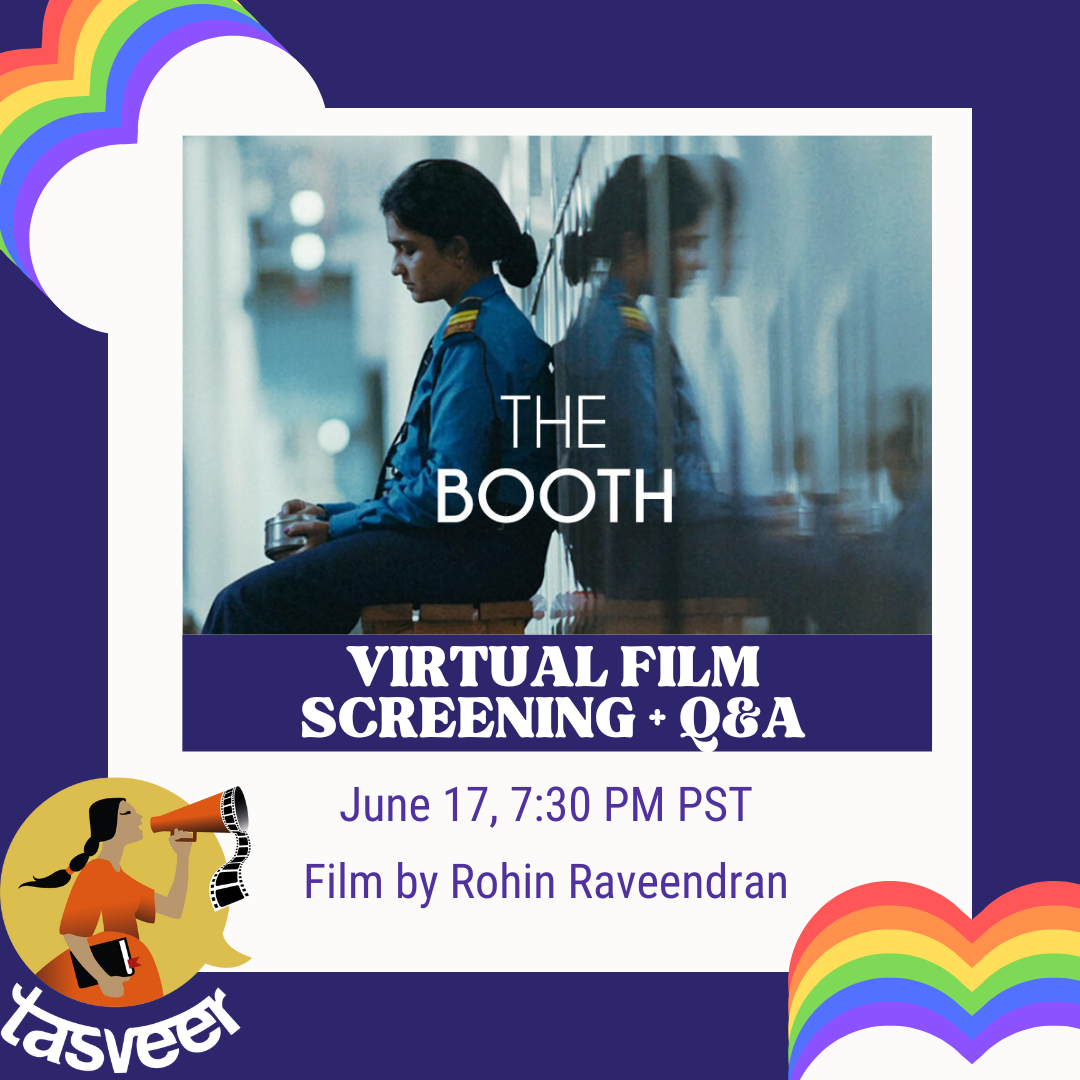 This Pride month, join us for an exclusive screening of The Booth followed by a live Q&A session with the filmmaker Rohin Raveendran.

Once you register we will be sending you a code to view the film.

About ‘The Booth’: A female frisking booth inside a crowded shopping mall stands as a silent ally to a forbidden romance.