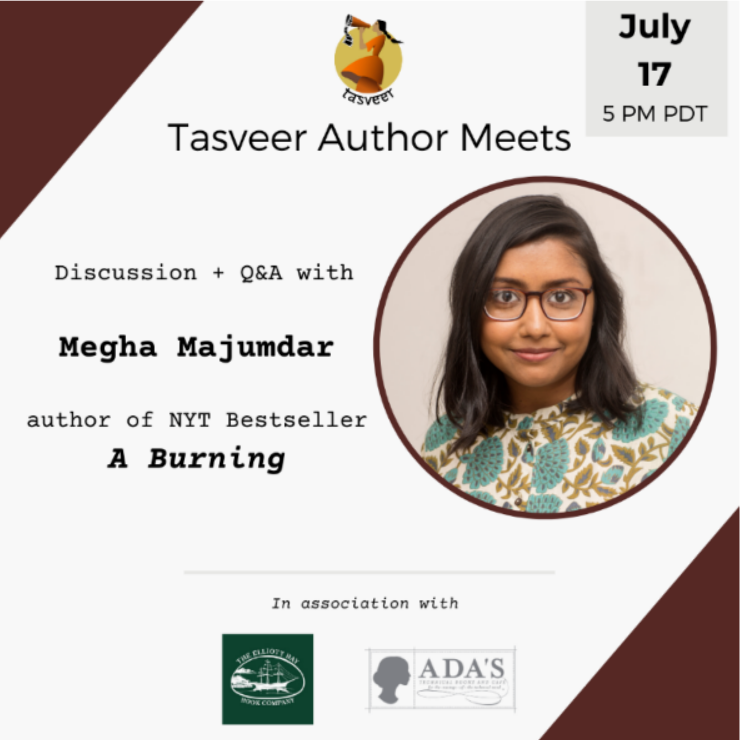 Set in Kolkata, India, the novel tells the story of its central character Jivan, a woman who witnesses a terrorist attack on an Indian train while it is stopped in a station. The woman posts to Facebook the next day, drawing the attention of police who arrest her on suspicion of committing the terrorist attack herself. Following the accusation, her fate hinges upon her former gym teacher, PT Sir, who has become a politician in an Indian right-wing party, and on a hijra actress named Lovely.

Megha Majumdar is the author of the New York Times bestselling novel A Burning. She was born and raised in Kolkata, India. She moved to the United States to attend college at Harvard University, followed by graduate school in social anthropology at Johns Hopkins University. She works as an editor at Catapult, and lives in New York City. A Burning is her first book.

Register here for this event where we’ll discuss all about her, the book, and you also get to participate in a live Q&A with Megha post the discussion.

Note: You will NOT receive a link for this event. This panel will be live-streamed on the Tasveer Facebook page for you to view for free on July 17th at 5 PM PDT.